Currently, there are no European-wide standards for collecting or analysing data on fires, which makes it difficult to compare national statistics on fire casualties or fire damage. However, these statistics do provide a satisfactory indication of the dominance of dwelling fires and the importance of action on domestic fire safety. Available data show some key trends across the continent.

Fire safety statistics in Europe currently indicate that the number of victims of fire-related incidents is steadily declining. This decline has occurred in spite of an increasing and ageing population across the EU and a significant rise in the use of combustible materials.

Trends in Fire Death Rates per Million Population by Region, 1979–2007

For example, the number of fire victims fell by more than 48% in France from 1982 to 2012, and by 56% in the UK from 1982 to 2013. These reductions can largely be linked to increased national fire safety measures.  Overall Europe has achieved substantial improvements in fire safety, with fire fatalities dropping by 65% over the last 30 years.

What burns first in dwelling fires?

Based on available information, all evidence points to the combustibility of dwelling contents being the main factor in fires occurring in households. 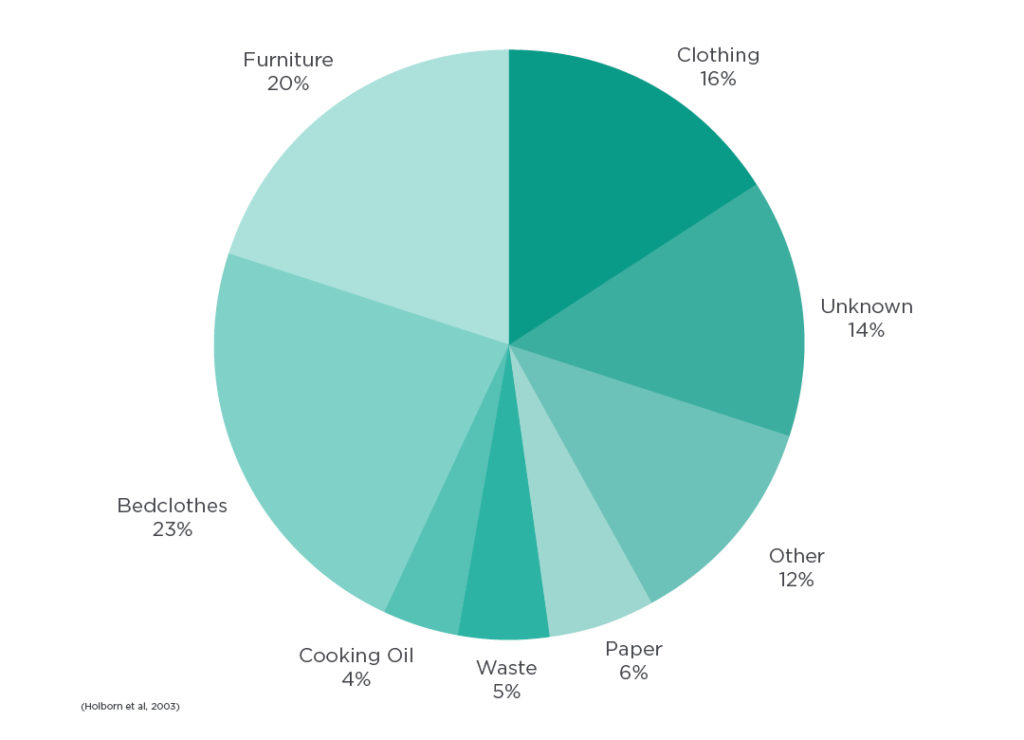 Does insulation type make any difference?

The differences in fire death rates in Europe cannot be explained by the market share of different types of insulation materials, for example.  Indeed, Denmark, where non-combustible stone wool is preferred, had a higher rate of deaths in 2008-10 than Germany, where plastic foam insulation has a greater market share.

Additionally, from 2008-10 Denmark and Ireland shared a similar death rate. however, Ireland, where plastic foam insulation has an even higher market share than in Germany, halved its death rate in the 10 years to 2007, while in Denmark there was a relatively flat trend for the same period.

Trend comparison of the fire death rates per million population, 1979-2007 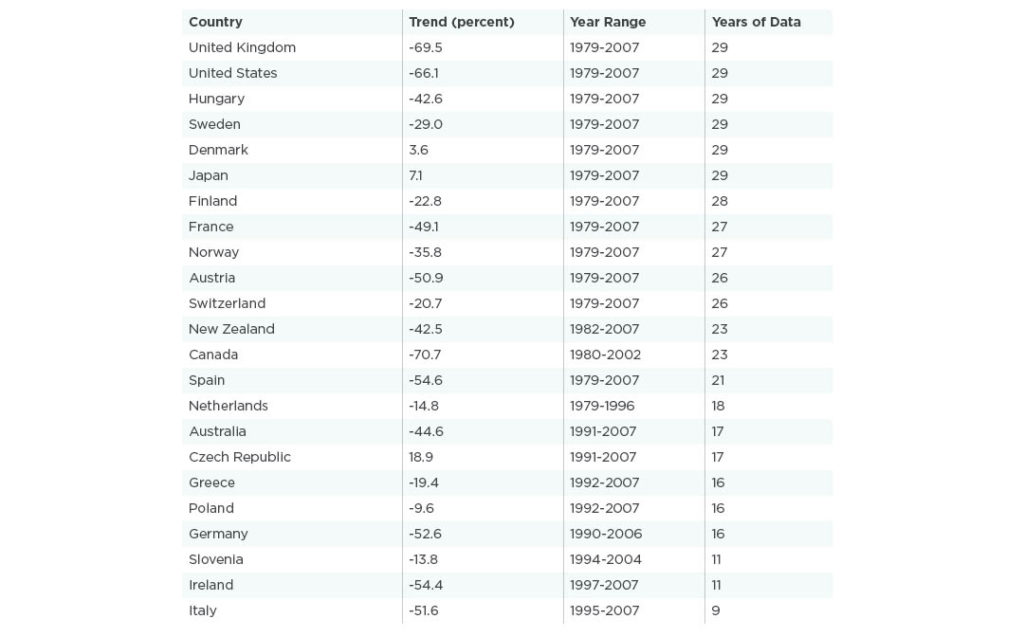 Prevention is the key driver for fire fatalities reduction

Prevention appears to be the major driver for addressing fire safety in buildings. The example of London is significant, as the number of fires has halved since 2001. This new trend coincides with a change in strategy from the London Fire Brigade, which put prevention at the core of its approach. While it had been steadily declining since the late 1980s, the fire death rate in London has also halved since 2001.

Total number of fires in Greater London since 1966

Prevention is multi-faceted. It involves building design, including passive and active fire prevention systems (for example sprinklers and smoke alarms, means of escape, compartmentation); building and building services maintenance (such as gas and electrical appliances); the strict enforcement of laws that govern fire prevention; and social issues related to fire risks (drug and alcohol abuse, for instance). Find out more on improving fire safety.

Provisions for early warning of fires are essential. For example, smoke detectors allow critical additional time for escape. Fire statistics from Sweden[1] reveal that two thirds of fatal fires between 2000-04 occurred in homes with no, or non-functioning, smoke alarms.

Fire casualties and sources can only be understood with common reliable data. While each member state has developed its own data gathering system, harmonised statistics as well as common definitions and methodologies at EU level are needed to better analyse the causes of fires and to identify the most efficient fire safety measures.

The Fire Information Exchange platform (FIEP) created by the European Commission in September 2017 has identified bridging this data gap as one of its priorities. It has set up a workstream on fire statistics in Europe to ensure a harmonised approach is considered in the future. This will ensure reliable fire statistics are readily available to truly understand where additional EU and national actions are needed to address the sources of fires and related casualties.

During our roundtable event “Fire safety: setting the scene for fire safe European buildings” organised in the European Parliament on 28 November 2018, EuroFSA and the Dutch Fire Service Academy (IFV) presented a new report on fatal residence fires. Even if data are not fully harmonized, major conclusions can be identified. Smoking and defective electrical appliances are the most important causes for fatal residence fires. The report also concludes that most fatal residential fires ignite on upholstered furniture, beds and matrasses and textiles, including clothes. This report is a first step towards a better understanding the risk profiles of fatal residential fires in Europe and can support a more efficient fire prevention framework.