In 2018, a group of Members of the European Parliament (MEPs) submitted a pilot project proposal on fire safety to the Committee on Industry, Research and Energy (ITRE). This project, tabled as an amendment to the EU 2019 budget, aims to mend the data gaps on fire statistics and pave the way for a pan-European fire safety awareness campaign.[1]

Led by Danish MEP, Bendt Bendtsen, from the European People’s Party (EPP) and supported by 23 other MEPs across various political groups (EPP, S&D, ECR, ALDE and the Greens),[2] the proposal was adopted in September 2018 and will fund an EU-wide analysis and assessment of available fire safety statistics.

In November 2019, the European Commission launched the public tender: ‘The aim of the contract is to map the terminology used and the data collected by the EU Member States regarding fire events and to propose a common terminology and a method to collect the necessary data in each EU Member State with a view to obtaining meaningful data sets (based on standardised terms and definitions). This, in turn, would allow for knowledge-based decisions regarding fire safety at MS and at EU level regarding buildings fires (i.e. houses, apartment blocks, office buildings, commercial buildings, hospitals, schools and kindergartens, elderly homes, etc.). The pilot project could lead to a potential subsequent preparatory action to launch EU-level actions and initiatives to support Member States' efforts for fire safety and fire prevention, including in their building renovation efforts, thereby supporting safety for Europeans as well as sustainable growth and job creation in Europe.’

The Modern Building Alliance is part of its External Board.

The Modern Building Alliance fully supported the pilot project, which strengthens the EU’s commitment to fire safety. This project and its results will allow the EU and other national governments to better identify the most effective fire safety measures.

Additionally, the pilot project complements and supports the Fire Information Exchange Platform (FIEP), to which the Modern Building Alliance is also contributing.

THE PILOT PROJECT WILL RESULT IN TWO IMPORTANT SETS OF RECOMMENDATIONS

Thanks to the pilot project, potential European actions needed to support enhanced data collection and the streamline the statistics on fire casualties, fire safety and fire prevention can be identified.

‘Data on fire casualties and fire safety is widely fragmented across Europe. The pilot project should map and fix the data gaps and pave the way for improved fire safety awareness and fire prevention in Member States’ explained Bendt Bendtsen. He added, ‘Thankfully, the rate of fire fatalities is dropping in Europe for the past decades. We would like to keep that trend going and to help our national governments in their fire prevention efforts.’

‘Fire safety is a joint responsibility and understanding the key risk factors is essential to identify effective actions.’

As a subsequent step, the pilot project also recommends EU-level actions to support the fire safety and fire prevention efforts of Member States within domestic environments, resulting in a possible pan-European fire-safety awareness campaign. Efforts to prevent the development and consequences of fires requires building occupants to understand which safety precautions or emergency actions need to be taken. Targeted awareness campaigns ensure that all occupants are familiar with the appropriate behaviours required to prevent fires and their consequences. The European Fire Safety Week, currently led by the European Fire Safety Alliance, has the potential to become an official EU initiative, which can be duplicated across all level of the EU.

Mike Hagen, former Chair of the European Fire Safety Alliance (EuroFSA) and a professional UK fire officer for over 33 years, said the following:

‘The European Fire Safety Alliance welcomes this pilot project to collect European fire data, which will provide strong evidence of the risk from fire for European citizens and be a powerful force to inform pan-European fire safety efforts.’

‘the pilot project is relevant and timely, as the clear majority of fire-related injuries are preventable through appropriate risk reduction measures.’

Moreover, the pilot project is a relevant follow up to the Energy Performance of Buildings Directive (EPBD), which was adopted in 2018 by the European Union and is now being implemented by the Member States. ‘The revised EPBD gives real momentum to the renovation of Europe's buildings and this will be a golden opportunity to improve fire safety for our European citizens at the same time’ said Member of the European Parliament, Bendt Bendtsen. Indeed, renovation efforts present an added opportunity to further improve fire safety, while this issue remains relevant in numerous other contexts outside of renovations.

In November 2018, Bendt Bendtsen and MEP Theresa Griffin, another supporter of the pilot project, hosted a roundtable on fire safety in the European Parliament. At the event, EuroFSA presented a report [3] on fatal residential fires in Europe, which can serve as a basis for the pilot project.

This pilot project is a concrete initiative taken by Members of the European Parliament for EU citizens.

An important outcome of the pilot project will be the description of a future data collection method for fire statistics in Europe. The Modern Building Alliance advocates building upon this project by including fire safety statistics within the mandatory Eurostat programme to create a clear picture on the status and trends regarding deaths and damages at the EU and national levels. Producing a comprehensive implementation plan could be a possible aim of follow-up preparatory action requested by the European Parliament to the Commission. 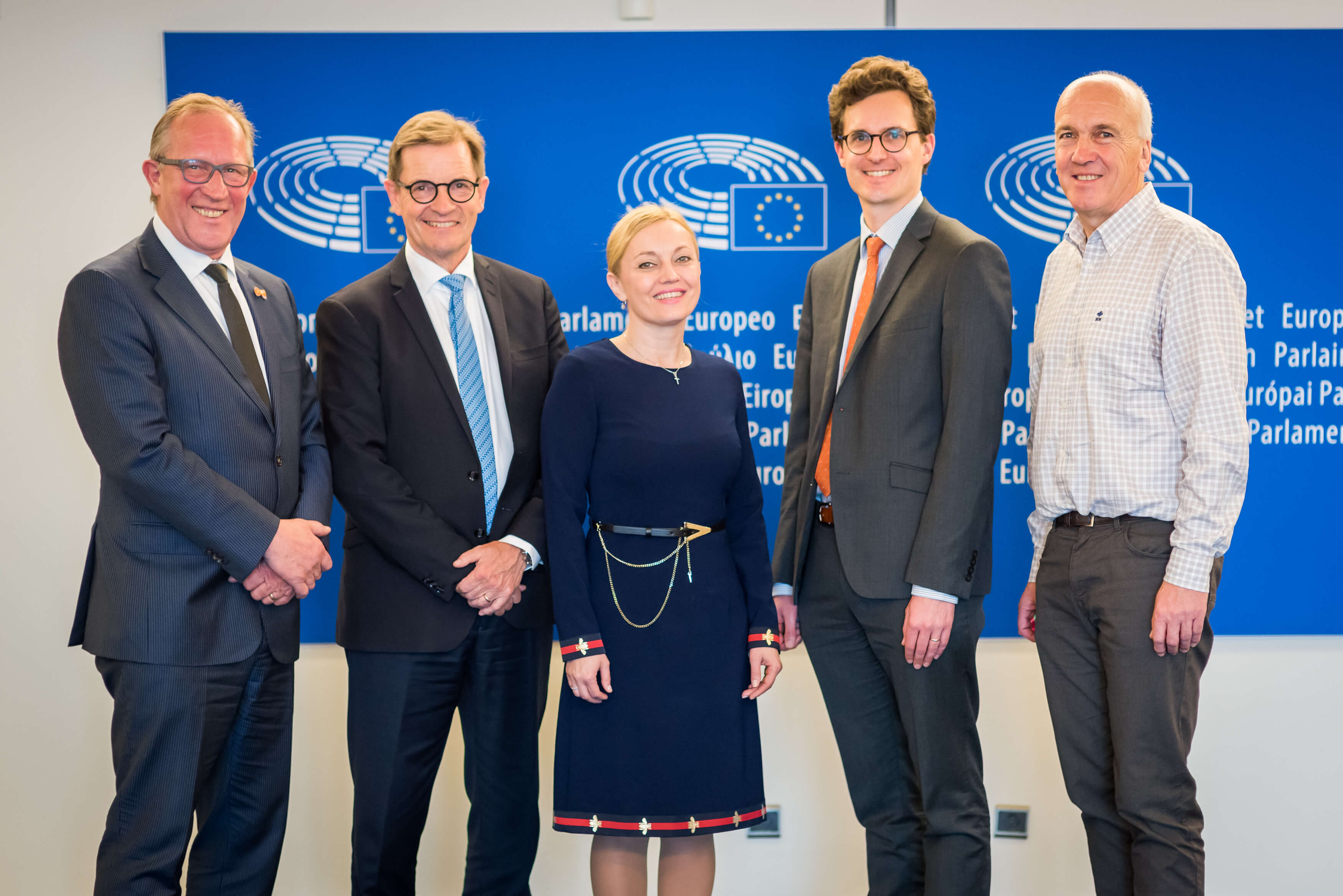