A key goal of the fire safety strategy of a building is to avoid exposure to smoke. All smoke is toxic, regardless of its origin or composition, and smoke inhalation remains the primary cause of death in fatal fires across Europe. The solutions to limit smoke exposure have helped reduce fire fatalities, and their implementation can be continuously improved. A holistic approach is most effective to keep smoke intoxication low, starting with prevention and detection and continuing with smoke compartmentation and management.

Despite the progress of fire safety measures across Europe in recent decades, fire fatalities still occur, primarily as a result[1] of smoke intoxication from carbon monoxide (CO) and, to a lesser extent, other gases.

Smoke production depends on a variety of combination of factors with the likeliness of intoxication and asphyxiation increasing with the length of exposure. Regardless of its origin and exact composition, all smoke is toxic and poses a serious threat to the health of building occupants and firefighters. As such, their protection should be the utmost priority. A relatively small fire inside a building will still generate a lot of smoke, even when limited to the object of origin, and this smoke can easily spread beyond the room of origin if protection measures are not in place.

All these measures intend to limit the harmful risk of smoke exposure and inhalation. Some of them, such as smoke alarms and detectors, are easily and readily implementable measures that can and should be more widely used to further reduce the number of fire fatalities.

Regardless of its origin and exact composition, all smoke is toxic and poses a serious threat to the health of building occupants and firefighters. Reducing exposure to any form of smoke is a key objective of fire safety strategies of buildings

The European Commission, in charge of the Construction Products Regulation (CPR), investigated the issue of smoke in 2017 , with the particular angle of toxicity of smoke from construction products involved in a fire. This wide-ranging study recognised that all smoke is toxic (see the second conclusion of the study), and the Commission concluded that it is not justified to regulate construction products based on this aspect as many items contribute to smoke toxicity starting from the building content.

As some experiments have shown, by the time construction products like insulation are involved in a fire, the smoke exposure from the burning contents of the building would already be fatal. The reaction to fire classification of construction products already covers the rate of smoke production. The different layers of fire safety must play their role to protect occupants from any smoke.

Smoke management is key to limiting the damage of a fire 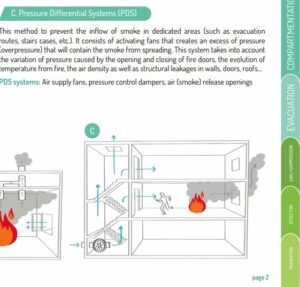 The current strategy for avoiding smoke exposure is the most effective fire safety approach. Since all smoke is toxic, any approach focusing on toxicity of the smoke would have to cover all items that could contribute to a fire, i.e. all the contents of the building (furniture, fabrics, fittings, fabrics, electronics, books and papers, decorative items and many more). Moreover, different fire scenarios influencing the burning behaviour and smoke generation would have to be considered. This would be challenging, if not impossible, in practice and a very lengthy and costly process.

Discover our factsheet on smoke management

The European Commission study also concluded that a significant data gap remains. Statistics on fires and fire fatalities collected in Europe tend to be incomplete and difficult to compare across countries as no Europe-wide statistics exist. As the study noted, fire victims and sources can only be understood through common reliable data.

The collection of harmonised fire statistics at the EU level is needed to assess not only the causes of fatalities, including those occurring through smoke toxicity, but also the effectiveness of possible safety approaches, regulatory or otherwise. A major follow-up of the study is, therefore, the pilot project on fire statistics initiated by the European Parliament. 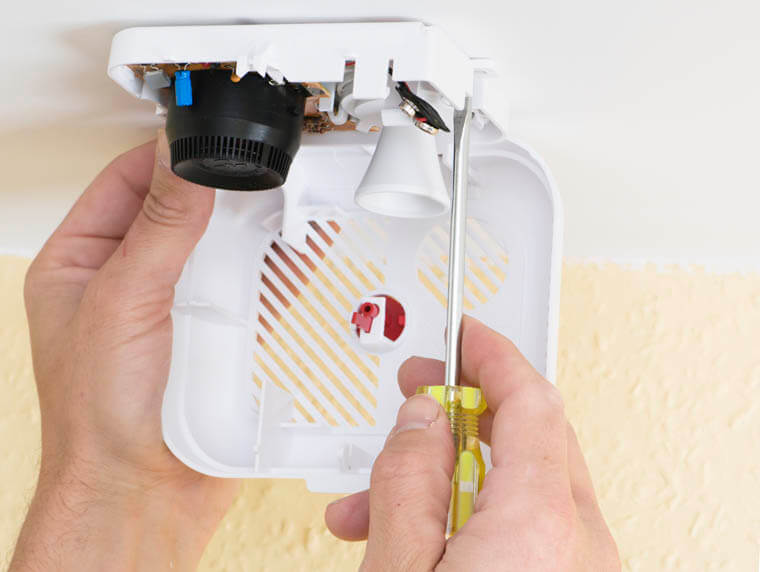 One of the most effective ways to reduce the effects of smoke inhalation is to limit exposure through early detection.