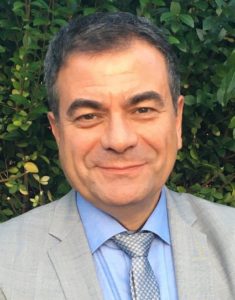 Antonio holds a degree in Civil Engineering from the Aachen University in Germany.

He worked between 2002-2007 for the Bundersverband Kalksandsteininudstrie respectively as Head of the Standardisation Department, Head of Products & System Development Department and Deputy Head of the Qualitätsgemeinschaft Maueurwerksprodukte. Since July 2007 he is Secretary General of The European Calcium Silicate Producers Association and has also been appointed as Secretary General of the European Mortar Industry Organisation since January 2004.

Antonio is aslo an active Member of the Executive Board of Construction Products Europe (CPE).